Be The Catalyst!! - The Final Book: Gods by SW Hammond 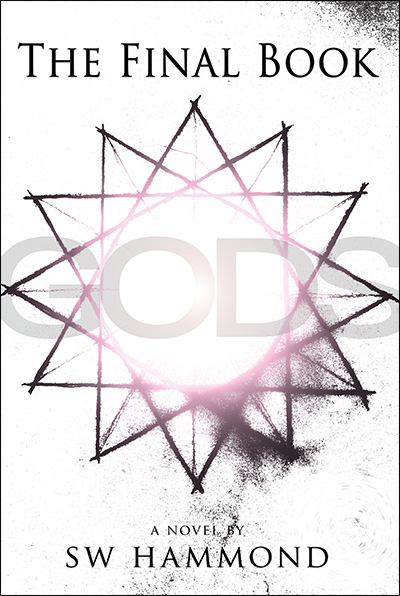 BE THE CATALYST!! YOUR DESTINY IS HERE, AND IT’S WAITING FOR YOU.

“Multi-cultural, multi-historical, and spanning man's faith across time, The Final Book is a controversial and blasphemous last chapter of humanity.”

In the beginning there was love. The Goddess of Life in an elated romance with a beloved mortal. Her sister killed him. Their combined actions ripping a hole in destiny and plagued mankind with an age of unprecedented corruption, vicious holy wars, and religious absolution.

Hammond blends mythology, history, and religion to create a timeless saga of the self-destruction of man told through the eyes of the Gods. Zeus and his pantheon return in this modern epic as they struggle to turn the tide of time by sending test subjects of Project Genesis back to key points in history in an effort to change outcomes and correct the future.

The novel is set in three primary time periods—present day, the late 1960’s, and ancient Mesopotamia. The mysterious narrator also sprinkles in occasional “Artifacts” that hinge around key moments in human history, bridging past and present.

Most notable about the novel is the unsuspecting love story that contrasts the staggering brutalities committed by man. Readers have become enthralled with the love letters latent across time, desperately awaiting the recipient to embark upon his destiny.

Gods eerily reflects a modern disposition toward the current state of society and politics; showing that little has changed since man began ruling over one another. However, the novel attempts to provide solutions using examples of the human condition and brushstrokes of philosophy—ultimately relying on you to be the catalyst of change!

The Final Book: Gods is available for digital pre-order through all major online retailers and in hardcover and paperback on 6/13/2017. Hammond is available for interviews and appearances. Please contact This email address is being protected from spambots. You need JavaScript enabled to view it. for booking.